On July 28, 2022, Innovation Science and Economic Development Canada (ISED) released an update to a very important document for Canadian Radio Amateurs: “RBR-4 – Standards for the Operation of Radio Stations in the Amateur Radio Service”.
The document specifies what frequencies we may operate on and with what bandwidths.
There are two major new additions to our spectrum:
The new 60 metre band is in addition to our existing fixed-frequency allocations at 5332, 5348, 5373 and 5405 kHz. The new 15 kHz-wide allocation overlaps our existing authority to use 5358.5 kHz. Canadian Amateurs are unique in having authority to use 100 watts ERP on the four spot frequencies and on the new 15 kHz worldwide segment. Amateurs in most countries are limited to 25 watts or less and may operate only in the new 15 kHz-wide segment.
Please note that Amateur Radio is a Secondary radio service on these bands. Amateurs may not cause harmful interference to Primary users and we may not claim protection from interference by Primary users.
There are other small changes in RBR-4 that bring Canadian Amateur Radio regulations in line with changes agreed at several previous World Radio Conferences (WRCs) of the International Telecommunications Union (ITU).
Radio Amateurs of Canada would like to thank former Regulatory Officer Richard Ferch, VE3KI, for his dedicated work over several years to bring these changes forward.
You can find the English version here:
https://www.ic.gc.ca/eic/site/smt-gst.nsf/eng/sf10650.html 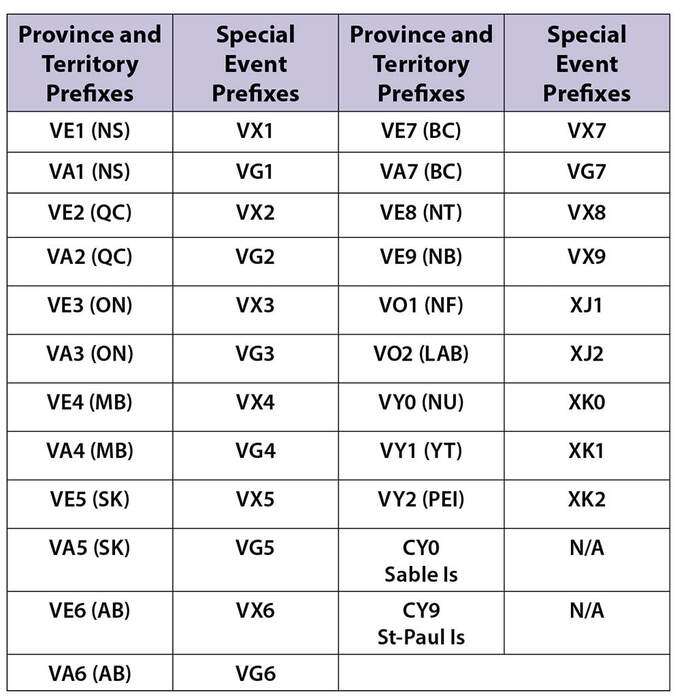 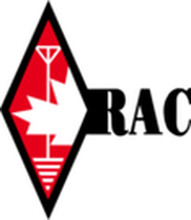 Radio Amateurs of Canada is once again offering an online Amateur Radio course so that individuals from all across Canada – and even abroad – can obtain their Amateur Radio Operator Certificate with Basic Qualification while continuing to practise social/physical distancing.

Radio Amateurs of Canada is pleased to present a new Canadian Portable Operations Challenge Award for RAC members.The objective of the new “RAC Challenge Award” is to recognize and encourage portable operations by RAC members from locations throughout Canada.
The new program will begin on Canada Day, July 1, 2021 and we hope it will become an annual event for RAC members.   LINK

NOAA/NASA Panel Concurs that Solar Cycle 25 will Peak in July 202512/11/2019The NOAA/NASA-co-chaired international Solar Cycle Prediction Panel has released its latest forecast for to forecast Solar Cycle 25. The panel’s consensus calls for a peak in July 2025 (±8 months), with a smoothed sunspot number of 115. The panel agreed that Cycle 25 will be of average intensity and similar to Cycle 24. The panel additionally concurred that the solar minimum between Cycles 24 and 25 will occur in April 2020 (±6 months). If the solar minimum prediction is correct, this would make Solar Cycle 24 the seventh longest on record at 11.4 years. In its preliminary forecast released last April, the scientists on the panel forecast that Solar Cycle 25 would likely be weak, much like the current Cycle 24.

“Solar Cycle 25 may have a slow start, but is anticipated to peak with solar maximum occurring between 2023 and 2026, and a sunspot range of 95 to 130. This is well below the average number of sunspots,” the panel said last spring, adding with “high confidence” that Cycle 25 “should break the trend of weakening solar activity seen over the past four cycles.” The panel said the expectation that Cycle 25 would be comparable in size to Cycle 24 suggests that the steady decline in solar cycle amplitude seen from Cycle 21 through Cycle 24 has ended and that there is no indication of an approaching “Maunder-type” minimum. Cycle 24 peaked in April 2014 with an average sunspot number of 82.

The Solar Cycle Prediction Panel forecasts the number of sunspots expected for solar maximum, along with the timing of the peak and minimum solar activity levels for the cycle. It is comprised of scientists representing NOAA, NASA, the International Space Environment Services, and other US and international scientists.

Like 'human hair in the ocean': Why ham radio still has an enduring appeal.
CBC News Link