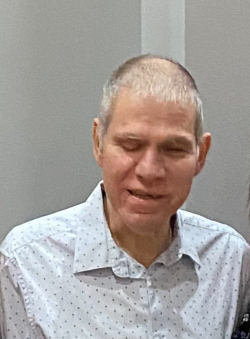 (1963-2022)
SAINT-EDOUARD-DE-KENT, NB – Robert Boudreau 59, of Saint-Edouard-de-Kent, passed away peacefully at Albert House in Moncton.  Born in Saint John, NB he was the son of the late Normand Boudreau and late Grace (Daigle) Boudreau.  Robert of was member of the Royal Canadian Legion, the men’s choir and CNIB.  He loved music and keeping in touch with his school friends.
Robert will be sadly missed by his three sisters, Anne-Marie Maillet (Jean-Marie) of Richibouctou-Village, Monica Bastarache (Ovila) of Saint-Edouard-de-Kent and Tina East (Attilla) of Calagary, AB; one brother, Jean-Guy Boudreau (Kathy) of Saint John; one brother-in-law, Marc Bell (Sheilagh) of Saint John; two step children; four step grandchildren; two step great grandchildren and many nieces and nephews.
Besides his parents, he was predeceased by his wife, Linda Bell.
Visitation will be held at Thompson’s Funeral Home in Richibucto on
Tuesday, December 13, 2022 from noon until time of the service.  A celebration of Robert’s life will be held on Tuesday, December 13, 2022 at 2:00 pm at Thompson’s Funeral Home in Richibucto.  Interment will be held at the St. Antoine de Padoue Roman Catholic Cemetery in Richibouctou-Village.
The family wish to thank the wonderful extra mural team from Ste. Anne and the excellent staff at the Albert House in Moncton.
Arrangements are in the professional care of Thompson’s Funeral Home in Richibucto (523-4252). 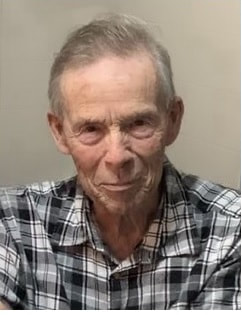 After a brief period of failing health, it is with broken hearts that the family of Frederick John Arthur (“Fred”) Boddington wish to announce his passing on April 6th, 2022 at Kennebec Manor. Born in Saint John, on January 29th, 1932, Fred was the son of the late Arthur Boddington and Clara (MacQuarrie) Boddington.
Fred began his working career with Trans Canada Airlines with stints in Yarmouth, NS and Goose-Bay NL. From there he went on to work many years in the field of electronics beginning with the Dry Dock and then on to Vaughan Electronics. Some would say, that there wasn’t a piece of electronics that he couldn’t fix. He also held the position of Chief Flying Instructor with Atlantic Flight Center for many years instructing on single engine aircraft. Dad loved flying (especially the many trips as co-pilot flying the NBTel plane with Captains George Kohout, Charlie Barton & Dave Morrow), talking to individuals around the world on ham radio (VE1MW), fishing on the hottest days of summer, always at high noon and hunting, where he found himself many times in the thickest part of the forest where no deer in its right mind would walk. Fred was introduced to his wife Dorothy on a blind date and they married in 1960. He enjoyed the many summers he got to spend on the Washademoak with his family and grandchildren, as they were growing up, and in his later year’s he enjoyed putting together many 1000 piece puzzles.
Fred will be lovingly remembered by his wife of 61 years, Dorothy (Mitchell) Boddington, son John Boddington (Pamela) of Willow Grove, two daughters, Glenna Boddington (Ken Golding) and Lorna McLellan (Rob), both of Saint John; grandchildren, Carly (Cole), Jessica (Megan), Hayley (Brandon), Noah, Mitchell, and Mikaela; one sister, Mary Kegley Bucklen of Wytheville, VA, sister-in-law Pat Mitchell, brother-in-law Gordon Mitchell (Mary) and several nieces and nephews. 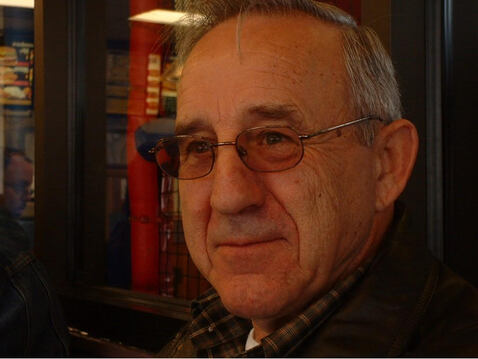 In Delly's younger years, he served with the Black Watch (The Royal Highland Regiment of Canada). Later, he was employed as a steelworker and crane operator at Ocean Steel Ltd for many years until his retirement in 1994. Delly was also a member of The Loyalist City Amateur Radio Club and enjoyed Wednesday night coffee with his good friends Steve Foster and Joe Woods. He was a very social, funny and selfless man. You could always count on a few jokes and stories over a couple of Budweiser beer. Delly will be missed by all that had the honor to know him. 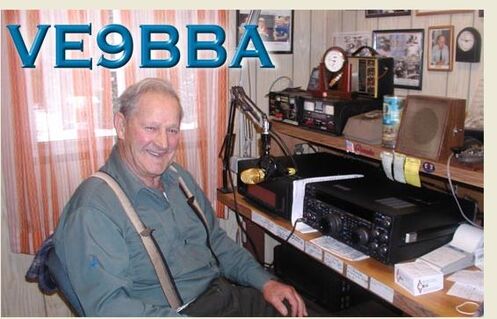 ​It is with great sadness that the family of Karl Wolff announce his death, which occurred on November 14, 2021, at the Saint John Regional Hospital. Born on November 7, 1929, in Offenbach, Germany, he was the son of the late Karl H. and Victoria (Frolick) Wolff.
Karl is survived by his son, Karl Wolff of Corpus Christi, TX; along with his grandchildren: Karl Michael, Lacy, and Danielle; sister, Mellita Plank; along with several great-grandchildren, and extended family members. He will also be missed by his special friends, Tom and Phyllis Flowers. In addition to his parents, Karl was predeceased by his loving wife, Esther (Findly) Wolff; and his children: Carol-Anne and Ian Scott.
Karl was an avid Ham Radio operator and even had his own 40-foot towers on his property. Having taught himself multiple languages, he was always ready for a good conversation with almost anyone. As a bricklayer, he had no fear of heights, and his friends would often find him climbing one of his towers to make sure everything was working just perfectly. 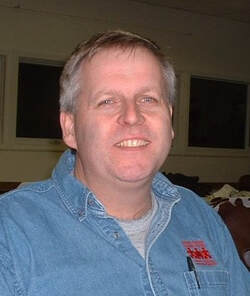 It is with great sadness that the family of Thomas Michael Bell (Mike) announces his unexpected passing on May 13, 2020 at the Saint John Regional Hospital. He was the son of the late Judge Thomas Bell and Patricia Bell (Blayney). Although he was born in Ottawa, Mike was a lifelong active member of the Saint John community and had just celebrated his 61st birthday on May 2nd.
Mike was a cheerful, upbeat, friendly type of guy ready to joke around, even though MD slowed him down, he kept up appearances for the club events, I remember one time for arrl field day, him and I would stay up all night working the radio, when all others were passed out.  He was an exceptional guy and will be sorely missed by everyone.